Tesla Motors, the Silicon Valley-based electronic car company that has revolutionized energy efficient vehicles and become a cult icon, operates its business like Apple.  It designs amazing products, then sells them direct-to-consumers through specialty branded stores, staffed with knowledgeable sales associates.  By cutting out the middleman, Tesla can pass more savings on to the consumer, generate better economics for its stockholders, and bring to the horribly out-of-date car industry the same model that works so well in iPads, iPhones, and iMacs. 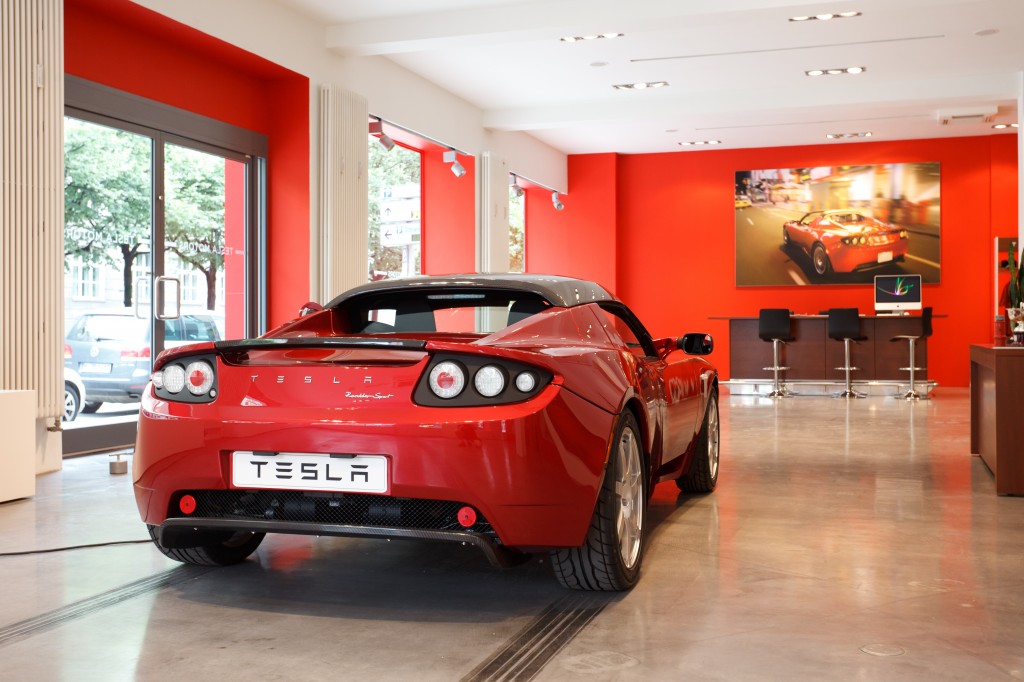 In what has to be one of the most insane displays of anti-capitalism and political bribery I’ve ever seen in my own lifetime, the car dealer lobby in the State of New Jersey, terrified that Tesla’s success would cause them to lose customers and encourage other car companies like Ford to innovate with the Apple model, made a backroom deal with the regulatory board that effectively bans Tesla from doing business in the state by requiring all car companies to sell through a middleman.

[mainbodyad]You read that right.  Tesla can’t do business in New Jersey because it refuses to sell through a middleman who can charge the consumer a markup.  Since this threatens the other car dealers’ monopolies, they basically created a way to use the law to ban free market competition.

Breaking his promise to let the legislature vote on the matter, Chris Christie caved to the car dealers after they realized the people of New Jersey were not going to accept the ban.  Tesla is going to the courts to get the regulation struck down as unconstitutional.  I hope they win.  It goes into effect on April 1st and will apply even to the existing showrooms Tesla already has in New Jersey, meaning they will be forced to close unless a preliminary injunction is granted.

One thing is certain: I’ll no longer support Chris Christie if he runs for President.  There have been a few other cases like this where his decisions weren’t what was best for his state, but what was best for his own political ambitions and the Tesla case just happened to be the tipping point. I also think a sufficient body of evidence has emerged that he has a petty streak that would make it difficult for him to effectively govern the executive branch on a national level (then again, perhaps that is wrong – Nancy Pelosi’s father, a legendary politician in his own right, had a book of favors and revenge he kept on anyone and everyone from whom he could call in help so he could win any battle he entered; he’d buy homeless people lunch and extract promises that if he ever showed up on election day and asked for their vote in a close call, they’d go to the polls.)