Before I start talking about Brown-Forman, it is important to make a distinction between a stock and a business.  A company may be an excellent company that you would be happy to hold for decades but be trading at such a high price, it is not attractive.  This was the case with virtually all of the mega-capitalization blue chip corporations back in 2000 when the earnings yields of giants such as Johnson & Johnson were at 2.95% compared to a 5.07% Treasury bond yield; an almost certain recipe for disaster or, at the very least, sub-par returns.  Just because a business is excellent does not mean the stock is an excellent investment due to any number of factors such as an excessively high valuation, excessive dilution of existing stockholders due to new equity issuance, etc.  With that said …

Brown-Forman and Its Dual-Class Stock

In recent days, I have been immersing myself in the annual reports and other filings of a company called Brown-Forman.  The company, which manufactures Jack Daniel’s whiskey, Chambord vodka, Korbel Champagnes, and other brands of spirits, is still controlled by the family that has owned it for more than a century, with two classes of stock trading on the New York Stock Exchange.  The Class A Brown-Forman shares have voting rights and the Class B Brown-Forman shares have no voting rights.  The Class A shares are held almost entirely by members of the Brown family and provide much lower liquidity than the Class B shares so they, paradoxically, trade at a lower price despite having voting power. As per my habit of having a company’s products in front of me when I immerse myself in the business to make it real and tangible, just as if I were investing in a family apartment building or a local firm, I had a range of the Jack Daniel’s Tennessee Whiskey Products on my dining room table as I read through years worth of SEC data, annual reports, proxy statements, etc. until 2 in the morning.

In terms of business, Brown-Forman is exactly the sort of enterprise I’d be content to hold for the rest of my life, even if it meant the shares took up a big part of my entire family’s net worth.  It has fantastic gross margins, strong operating margins, high returns on capital, a very reasonable debt-to-equity ratio, a consistent history of dividend payouts, shareholder-friendly capital allocation policies, and a stable of brands that would be difficult (though not impossible) for a competitor to assail.  I love it.  The business is the economic equivalent of finding a spouse with whom you might want to spend the rest of your life.

A Good Business Isn’t Enough … You Need a Good Price

That leaves the question of price.  As Benjamin Graham taught us: “At what price, and on what terms?” are the questions an investor must make his mantra.  Regardless of the quality of the business, if you overpay, your returns will suffer.  That is where it gets tricky.

To keep it simple, and to avoid having to introduce another example, we’ll compare Brown-Forman to General Electric, which I discussed a couple of days ago.  General Electric is trading at an estimated 9.73x forward earnings after yesterday’s increase in share price, spurred by the Federal Reserve vowing to keep interest rates low through 2013.  Earnings have already been hit hard by the recession so any gain in the overall macroeconomic climate in the next few years will likely be kind to GE’s bottom line.  Brown-Forman Class B shares, on the other hand, are trading at a forward p/e of 16.36x earnings.

That means that in 2012, if the forward earnings estimates turn out to be correct, you will have:

All else being equal, if the stocks had the same growth rate in diluted earnings per share, General Electric would be a far better bargain.  But all else is not equal; the companies operate in different industries, have different capitalization structure, are vastly different in size and scope, and do, in fact, have different growth rates.  The bottom line, though, is that it takes only a few seconds of research to deduce that the stock market is expecting higher growth from Brown-Forman than it is from General Electric. 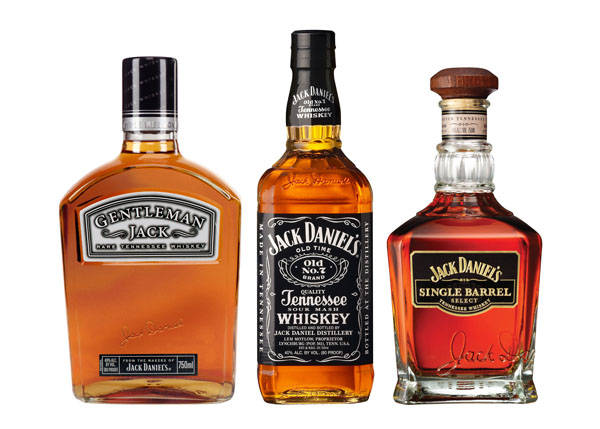 As an investor, your job is to answer the question: “Which equity bond would I rather have?  One that pays a look-through “coupon” of 10.28% and grows at x% or one that pays 6.11% and grows at y%?”  The key is figuring out for yourself what the growth rate in the coupon is going to be and not overestimating due to optimism (one study I read stated that a survey of analyst predictions on Wall Street indicated the average analyst projected 12% growth in earnings per share over a multi-year period when actual growth averaged 6%, or half the expected rate).

(Update Note: I actually bought more shares of General Electric, Johnson & Johnson, and Berkshire Hathaway for some of my personal accounts this morning, taking advantage of the further slide in equity prices.)

There is no question that Brown-Forman is now sitting on my permanent watch list and, when and if the price ever becomes attractive based upon my estimate of intrinsic value, it will be bought.  I would love to make a significant investment in the stock.  Given the economy, I’m optimistic I’ll get my price and have that opportunity.  It is just so well run and I consider the presence of family control, in this case, to be a huge strategic advantage.

But that isn’t the point of this post.  Those of you who are interested in a truly excellent business as an academic model need to get the PDF version of the 2011 fiscal year Brown-Forman annual report and study it.  Even the presentation is done so well that it breaks down the components of “owner earnings”, for those of you who know the formula, such as LIFO inventory reserves, maintenance capital expenditures, etc., making the process of calculating intrinsic value very simple.

This is what you are looking for.  This is the type of asset you should be trying to go through life picking up and adding to your family’s holdings.  The earnings quality is among some of the highest I’ve seen at any firm, anywhere.  If I were trying to write a case study showing a business that displayed all of the characteristics that mattered such as huge gushers of excess cash, low reinvestment requirements, strong brand names, good stewardship of shareholder capital, opportunistic share repurchases, higher dividend distributions over time, growth in the core franchise, Brown-Forman would be it.

I restored this post on 05/30/2020 following a request from the blog community as part of a project meant to bring back some of the private archives that I feel have educational, academic, and/or entertainment value.  In the nine years since it was first published, a lot has changed, including:

It’s a lot of fun to look back on this post from my twenties when we not only still lived in Missouri (before our relocation to Southern California) but when I was first appreciating how incredible the whiskey companies could be if you can get your hands on them at a nice price.  This research was directly responsible for planting seeds that, years later, created a massive payoff to us and the people about whom we care.  It’s so important in life to constantly be gathering information and analyzing so that when opportunity presents itself, you can move swiftly and decisively.