How Quincy, Florida Became a Town of Secret Coca-Cola Millionaires

In the 1920s and 1930s, a banker named Pat Munroe in the small town of Quincy, Florida noticed that even during the depths of the Great Depression, otherwise impoverished people would spend their last nickel to buy a glass of Coca-Cola.  With good returns on capital, and a once-in-a-century valuation so low that the business was trading for less than the cash in the bank, “Mr. Pat”, as he was called, encouraged everyone he knew to buy an ownership stake in the firm.  He would even underwrite bank loans, backed by Coca-Cola stock, for his responsible depositors to encourage people to acquire equity. 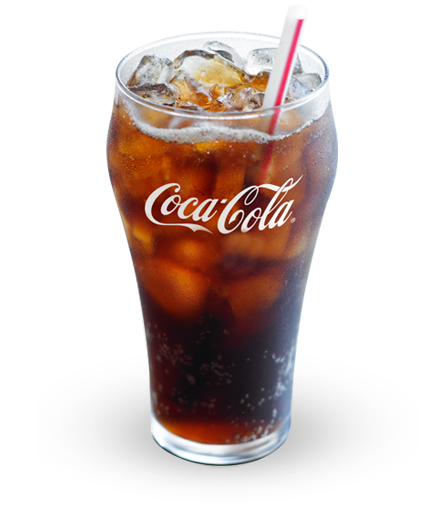 Coca-Cola had gone public at $40 per share but a conflict with the sugar industry and its bottlers resulted in a 50% crash shortly thereafter, when it reached $19 per share.  Focusing on the bottom-line profits, and the power of the brand, Pat Munroe kept buying.  And he kept telling everyone else to buy, too.

That one observation, and Mr. Pat’s business skills in convincing others to buy assets that produced cash irrespective of short-term market fluctuations, not only changed lives, it saved the farm town during the Great Depression as the local economy was supported by Coca-Cola dividends.  It has also supported the town in “every recession since”, according to the man who now runs the trust department in the bank that was once headed by Munroe.

Quincy became the richest town per capita in the entire United States at the time.  At least 67 appropriately dubbed “Coca-Cola millionaires” amassed significant fortunes before passing those fortunes on to their children and grandchildren, in some cases through outright gifts and in other cases through the use of trust funds.  The bank where it all started has Coca-Cola on display and, as of four years ago, a staggering 65% of the trust assets under management are still invested in Coke stock.  (Coke has had a nice run since then as profits increased and the world recovered from the crash in 2009, so I’d imagine it is even greater today, all else being equal.)

One share.  One.  Had great-grandma and great-grandpa picked up a round lot of 100 shares for $1,900 to $4,000 depending on the purchase price, they’d be sitting on a billion dollars, excluding the effects of estate taxes.  (To see those kinds of returns, take a look at the old Sun Trust Bank annual reports.  The bank received $100,000 in Coca-Cola shares during the IPO for its part of the underwriting deal and kept the stock in the vault for generations.  It grew into billions upon billions of dollars, gushing out tens of millions of dollars a year in dividends that supported the bank’s balance sheet.)

Quincy, Florida, and Pat Munroe, are one of my favorite case studies.  It was a group of people who decided to ignore the stock market entirely and focus on the one metric that matters: The profit generated by the business, and to a lesser extent, the percentage of that profit that was received each year in the form of dividends.

As long as profits and dividends went up each year, and there was no change in the competitive position of the underlying business, shares were bought when they were attractive relative to other opportunities.  They were never sold (what other asset had the same characteristics?  How do you replace perfection?).

This is what people mean when they say it only takes one good idea in life to get rich.  And once you are rich, you never have to do it, again.  There are few things that can reward you as much as ownership of a great asset can.  (The only others being a happy marriage and good health.) Quincy, Florida is made up of secret Coca-Cola millionaires living in an otherwise small town.
Image Licensed from Wikimedia by Ebyabe

Not all businesses have the same characteristics.  I wouldn’t be able to sleep at night if my entire net worth were invested in banks or, even, for that matter, a strong technology company that was subject to quick disruptions in market share.  The skill, and experience, necessary to tell the difference is one of the reasons some families end up wiped out and others keep getting richer, even through major crashes.  It is a lot more difficult to take down a firm like Coca-Cola, Clorox, Hershey, General Mills, or Nestle than it is to wipeout a Microsoft or Citigroup.  That does not mean I wouldn’t invest in businesses like the latter two.  It just means I am aware of the risk profile and the need for heightened vigilance.

You also cannot pay any price you want.  The price you pay for an asset matters.  Look at the earnings of Coca-Cola over the past 17 years. In 1998 the price-to-earnings ratio for Coke, which was already the global leader in soft drinks and massive in scale, averaged 51.3.  That means “investors” – and I use that term lightly – were willing to accept a 1.95% earnings yield before dividend taxes, no less at a time when they could have earned at least 5.5% to 6.0% on long-term Treasury bonds.  That means the risk-free Treasury was paying almost 300% more than owning a piece of Coke was.  (To learn more about this concept, read about adjusted earnings yield vs. Treasury bond yields.)

Rationality eventually returned, and the stock went sideways for more than a decade, instead of quickly crashing, until the underlying profits caught up with the share price.  Profits grew from 70¢ per share in 1996 to $2.00 per share last year.  At the same time, the stock price barely budged.  That is because people are only willing to pay 18x earnings today.  While still somewhat expensive, it is a far better deal than 51x earnings.

If you could ever get a business like Coke at 10x earnings in a current interest rate environment – which was almost possible in the 2009 meltdown – a long-term investor might do very well by purchasing as much as he can reasonably afford.  It is extremely difficult to foresee a situation in which 50+ years from now, a large investment in a Coke-like business isn’t worth exponentially more than the price paid for those shares.  There will be many 30% to 50%+ drops during that time period – it is inevitable – but the basic compounding of the underlying profit machine does not appear at risk given present known factors.

I’ve never been able to build a large direct position in Coca-Cola because of the timeframe of my life.  Looking at the valuation chart, in 1996, I was in junior high.  Up until recently, the shares were nowhere near reasonable, so only those who had bought in prior to the speculative spike could sit back and enjoy the cash their company threw off regularly.  My exposure came almost entirely through the Berkshire Hathaway shares I’ve collected since I was young.  These days, each Berkshire Hathaway Class B shares represents roughly 0.16 shares of Coca-Cola, which come along for the ride, due to the 400 million shares that the conglomerate owns.  That means for every round lot 100 shares of Berkshire a person has, he or she also has indirect ownership of 16 shares of Coke.  Even as recently as eighteen months ago, it was cheaper to buy Coca-Cola through Berkshire Hathaway.