After writing about mental models earlier today, it made me realize how this approach to life becomes second nature to examine your own thoughts and feelings as they happen so you are self-aware of the subconscious triggers that are pulling your thought processes in one direction or another.  In that respect, even a video game can be useful as a tool. Never Give Into the “Good Boy” or “Good Girl” Syndrome

There’s a particularly powerful mental model – I won’t identify it for those of you who are still learning to memorize them on your own, leaving you a bit of a challenge – that constantly comes up in the news in a way that makes me so incredibly angry it’s hard to understate. [mainbodyad]It’s the… I haven’t posted much about what is going on in the garden since back in May, when the Cherry Parfait Roses began to bloom.  You saw the beginning of the Fuschia plant cycle, and they have really become something remarkable.  They now attract hummingbirds regularly to the house, and it’s wonderful having them around all…

With another six months of data, the demographic story on who you, the readers, are is becoming clearer than it was with the preliminary numbers published back in February.  (Too bad this isn’t a television show.  With numbers like this, I’d be running a major network.) You are far more interested in the following topics… How to Make Money Online

I am often asked questions about how to make money online and politely dodge them as it’s a vast topic, every bit as complex as investing, that could put me at a competitive disadvantage were I to discuss our techniques in the level of detail that I often require of my writing.   Earlier today,… In the 1930’s and 1940’s, the Carlay Company in Chicago, Illinois developed a candy coated dietary suppressant called Ayds.  It sold the business to Campana Corporation.  Campana was then sold to Dow Chemical.  In the 1960’s, Dow sold the business to Purex and hired legendary Hollywood stars and other celebrities to endorse the product.  In… Who Decides Whether a Law Is Rational in the United States?

A reader and I are having a discussion about the limits of using laws to legislate morality.  I referenced Justice Scalia’s dissent in the Lawrence v. Texas case, where he lamented that we are now at the point that there is no longer any legal basis for the citizenry to legislate moral decisions that don’t… 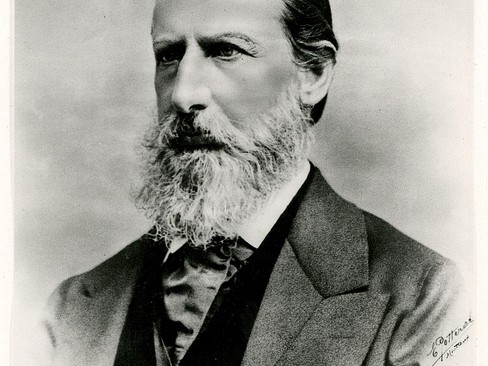 I’m Starting My Week by Buying More Shares of Nestlé

I put in and order on Saturday to buy a few more shares of Nestlé SA on Monday for my family’s personal accounts.  I spent much of the weekend reading the company’s 125th anniversary biography and studying the original balance sheets and income statements of the firms that went into forming one of the world’s most profitable holding companies. I Forgot I Ordered a Nestlé Corporate Biography!

I completely forgot that I ordered Nestlé 125 Years 1866-1991 by Jean Heer earlier this month when I mentioned I was looking at the firm for the first time in a while, and then later, buying a few shares for my family’s permanent holdings.  When it showed up today, it was like Christmas in July!